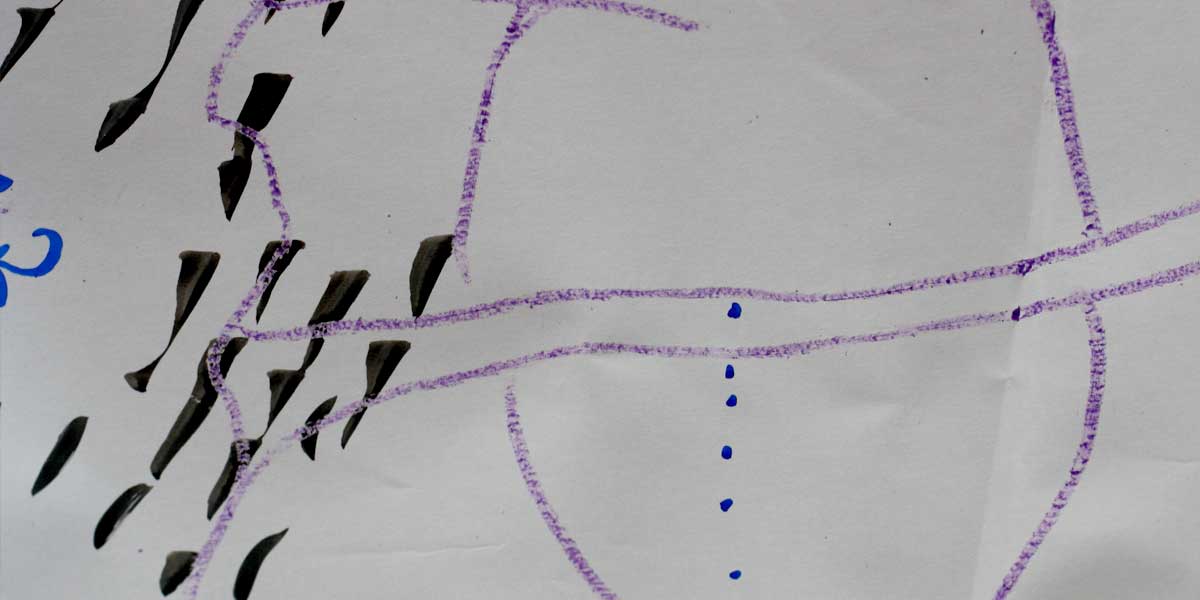 A couple of years ago, when developing work with Palmarin Merges, we visited Tony Wade at his studio. While there, we got to talking about shared ideas, imagined spaces and how mark-making both communicates and obfuscates those.

The featured image for this post is a detail from a billboard-sized map of imagined spaces. It is a detail of an imagined Portland. In the time since that meeting, Tony and myself have been seeking, waiting for, chasing a collaborative project and this week we sat down to talk about it in some detail. The project is called, “Radical Ruralisms” (or at least that’s its working title) and in some ways it builds on the imagined, impossible and hidden spaces we’ve each engaged with in our work over the years.

The project, like all good projects, starts with a series of questions.
These are a few of those.

We are starting by asking people to draw and/or describe what they think of when they imagine the rural. We are also interested in video and/or photography. What do people choose to capture to represent the rural? We are keen to see what we might learn from inviting people to share their own ideas of the rural (particularly in the kinds of places we live and work… at the edges of towns & cities… near boundaries… in contested & changing spaces).